We had a jam-packed, activity filled trip to Southern Utah.
We had so many plans that we didn't get to all of them.
One thing we did manage to squeeze in was a mountain bike ride on the Guacamole Trail!

Woo hoo!  Talk about fun!  The terrain was unexpected and different than anywhere we've ever ridden.  The scenery was spectacular!  And, the weather that day couldn't have been more perfect.

Here we are at the start of our ride... 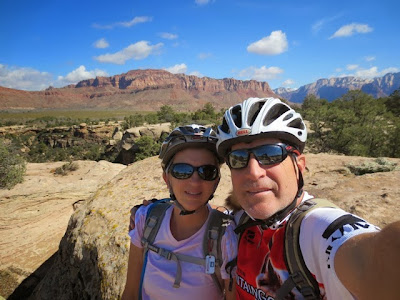 The trail was on top of a huge mesa and almost completely on rock.  It was filled with lumps, bumps, potholes, twists and curves, and lots of technical challenges that were a ton of fun.  The trail was marked with wire cylinders filled with rocks.  We sometimes would have to stop and
look for the next one to figure out where to go.  I meant to get a photo of one.  Oops! 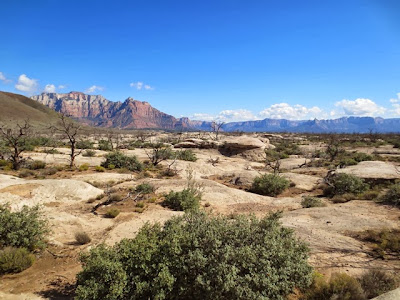 Part of the trail ran along a cliff overlooking the valley we drove through to get there. 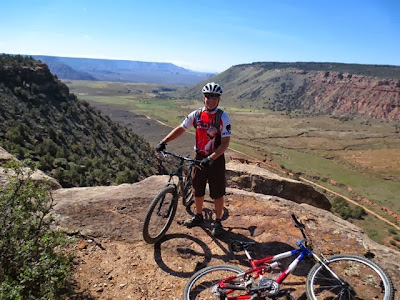 Some of it meandered through a forest of small trees that had burned.
I was surprised at all the flowers.  It looked more like Spring than Fall. 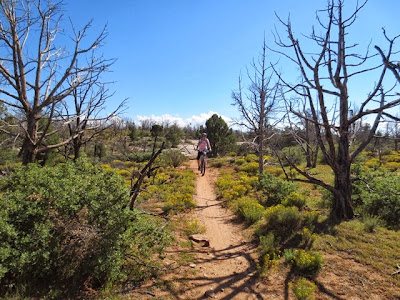 So much fun!  I love this photo of hubby! 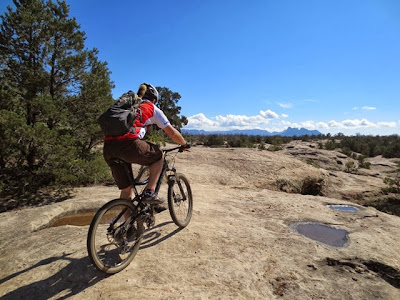 I couldn't resist crawling into this hole in the rock and posing for a picture. 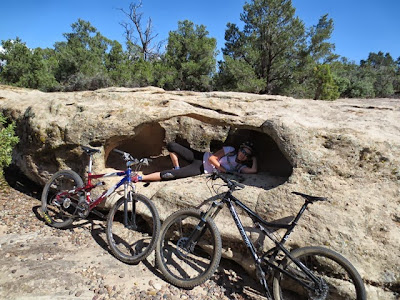 We found some huge rock walls covered in thick moss. 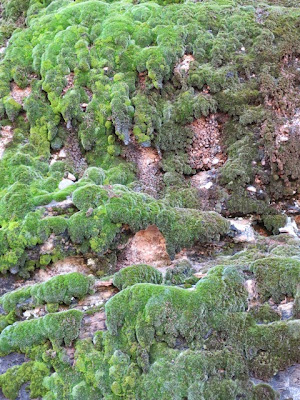 So pretty and soft. 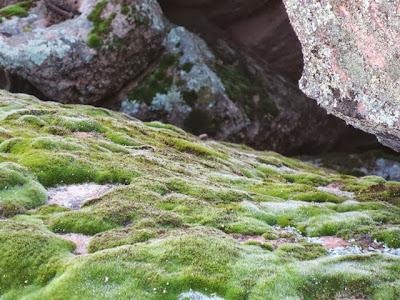 And, on the opposite end of the spectrum...some things that weren't quite so soft... 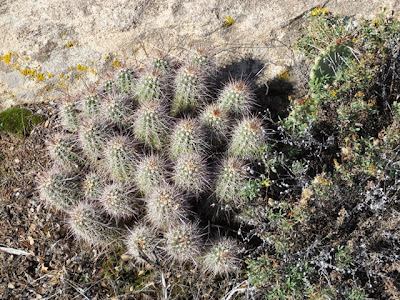 Especially these...the needles were about two inches long.  Yikes!
We were extra careful around these! 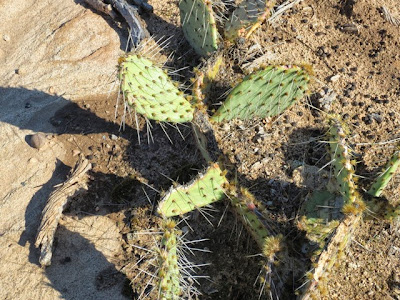 This little guy was stretched across the trail.
We have no idea what kind of snake it is.  It was a caramel brown with orange eyes.
I thought it was interesting how windy/curvy it was.  He wasn't about to move.
So, we snapped a few photos and went way around him.

Hubby had read that the road up can get muddy and slippery.  It had just rained there a day or two earlier.  So, we parked below the last climb and rode our bikes up to the mesa.  It actually wasn't muddy or slippery anymore.  But, we did find a truck that had gotten stuck in the mud and left there.  It was really steep.  We were reminded how steep when we went back down...no problem for my speedy husband but I used my brakes most of the way down.  It's MUCH steeper than it looks! 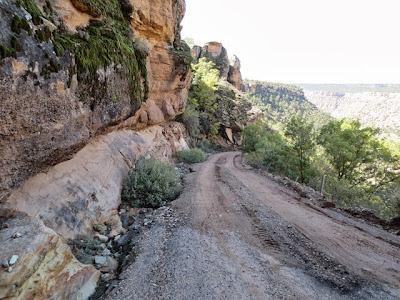 I can't wait to ride there again!  It was one of the best days of our trip!
Posted by Acorn to Oak at 10:07 AM
Labels: Guacamole Trail, mountain biking, travel, utah

What a fun thing to do with your hubby!! I would love to do something like that some day.
That trail is amazing although I might be nervous riding on that one. Have a great day!!

Looks like a great vacation - loving the scenery.....well, except for the snake along the way.

What incredibly inspiring scenery!
Glad you could share the ride!
(well, the snake isn't so great but everything else was!)

Glad you got to make the ride. Southern Utah is a favorite place of ours!

I get such vicarious fun from your adventures! Please keep sharing them. I would never do a mountain bike ride, but oh how marvelous it was! As for crawling into that hole, did you never once think about snakes and spiders? Scorpions? Ewwwww!

I have no idea what kind of snake it was but it clearly was enjoying the sun. I think it was kind of pretty.

I'm so envious you do these wonderful things with your hubby! Your photos are just gorgeous!